Our 63rd Season is here – and the lineup is amazing! 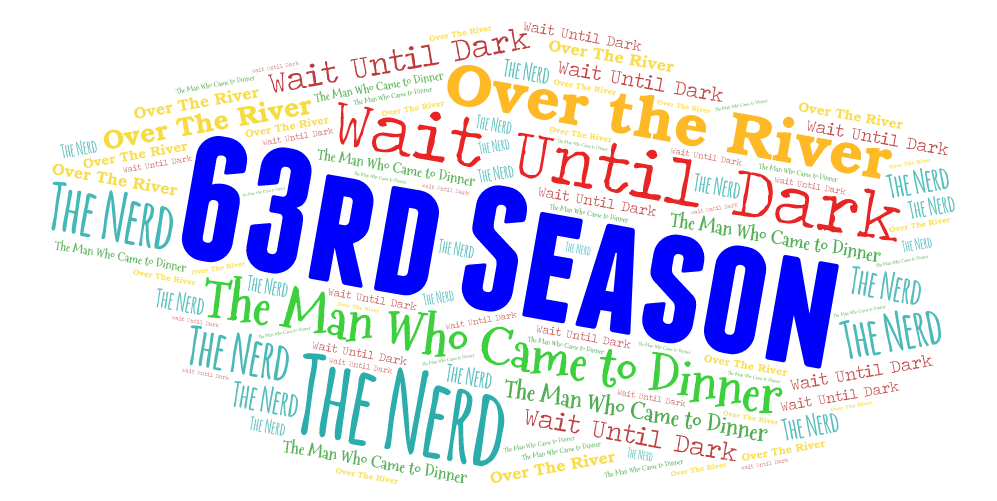 Attleboro Community Theatre is incredibly excited to announce our 63rd season. This season is jam-packed with a lineup of truly fantastic shows – all of which should contend for some of the best ACT shows yet!

So what are the shows all about?

A true thriller – Susy Hendrix, a blind Greenwich Village housewife,  becomes a target of three con-men. The men are searching for heroin hidden in a doll, a doll that her husband Sam unwittingly transported from Canada as a favor to a mysterious woman he met at the airport. The show keeps you on your toes throughout and is a real nail-biter.

Man Who Came To Dinner

Set in the small town of Mesalia, Ohio, in the weeks leading up to Christmas in the late 1930s. The famously outlandish New York City radio personality Sheridan Whiteside (‘Sherry’) is invited to a well-to-do factory owner’s home for dinner with his family. But before Whiteside can enter the house, he slips on a patch of ice outside the Stanleys’ front door and injures his hip. Now confined to the Stanleys’ home for weeks, Sherry drives his hosts mad due to his erratic and ridiculous behavior, leaving the family, and those who become involved, looking for any way that they can drive him out.

Nick is a young, carefree, single bachelor in New Jersey who spends nearly every Sunday afternoon visiting and dining with either of his two sets of grandparents, who are ethnic Italians. One Thursday, he makes an unscheduled visit to announce that his corporate employer will be promoting and relocating him to Seattle, Washington in a few months. His grandparents are shocked, and dedicate themselves to making Nick stay.

Set in Terre Haute, Indiana in late 1979, The Nerd presents the story of Willum Cubbert, an unassuming young architect who is landlord to friends Tansy and Axel. Tansy is a smart, attractive woman, with a mutual (but unconsummated) attraction to Willum; she is determined to leave in order to pursue a career in television meteorology in Washington, D.C. Axel is a smart aleck drama critic who was once engaged, briefly, to Tansy. The three of them are good friends. Axel and Tansy are present when Willum, during a house party, becomes host to unexpected house guest Rick Steadman, who had saved Willum’s life in Vietnam.

Stay tuned for announcements for each of these shows in regards to auditions, show dates, news, and more!